A fine initiation at Toxteth Lodge

Initiating a new member is always a joyful occasion and there was an air of anticipation amongst the brethren and guests of Toxteth Lodge No 1356 and on this occasion, there were no fewer than three WM’s in attendance. 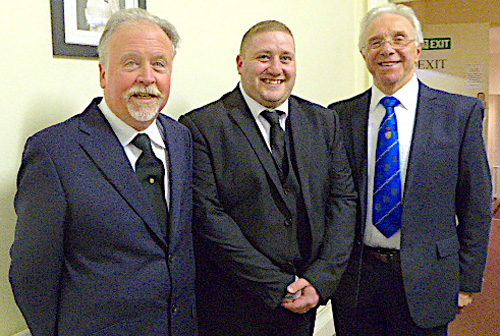 The director of ceremonies requested the brethren to stand to receive the WM Stephen James Lawler and his wardens, led in by the tyler John Hibbert. Having taken their places, the WM welcomed the brethren and asked them to join him in singing the opening ode.

The lodge was then opened in the first degree, with Mike Cunliffe acting as secretary and James Hayden acting as senior deacon. The opening business of the lodge was transacted and the DC requested brethren to stand to receive the three WM’s – Woolton Group Chairman Andrew Whittle, master of Anfield Lodge No 2215, Michael Stephenson master of Old Lerpoolian Lodge No 9270 and Stephen Cornwell master of Olympic Lodge No 4461. All were welcomed by Stephen and they duly took their places within the lodge.

A ballot was then held for a new member, Anthony Alan Bailey, which proved unanimously in favour, thus allowing the treasurer and acting secretary to retire in order to attend upon the candidate. On their return they informed the lodge that the candidate had signed the declaration and paid his fees.

Anthony Bailey was announced by the tyler and the deacons escorted him into the lodge, where he answered the usual questions, took his obligation and initiated in a very sincere and exemplary manner.

The working tools of an entered apprentice Freemason were explained by the junior warden Simon Birch and the charge was eloquently delivered by the DC Alan McShane. The newly made brother then retired from the lodge in order to restore himself to his former comforts and on his return, Andy Whittle presented him with a set of gloves, together with an explanation of their significance. Andy then had much pleasure in welcoming Anthony to the group, hoping that he would have an enjoyable time in Freemasonry.

Alms having been collected, the WM proceeded to close the lodge in the usual manner and the DC formed the retiring procession.

It had been an exceptional initiation, which had been enjoyed by all present and the brethren then retired to the dining room, welcomed their new made brother in earnest and continued to further enjoy this special occasion. 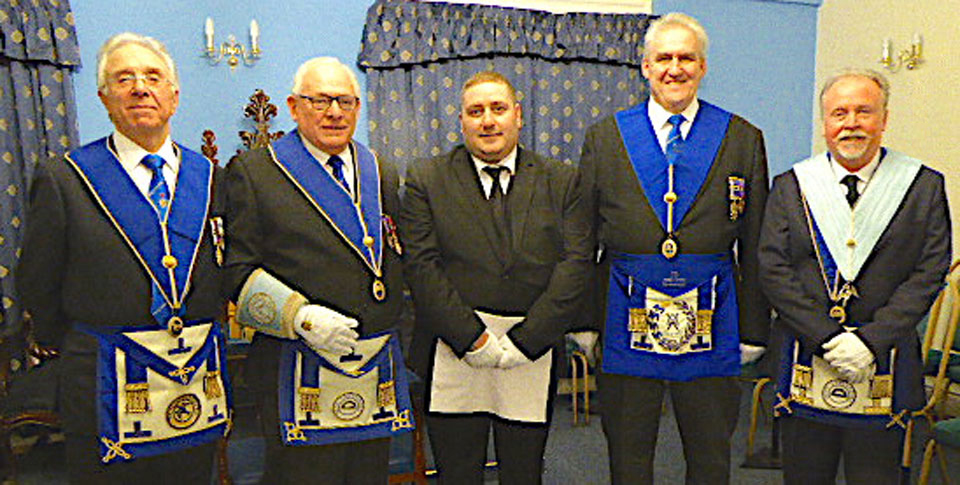