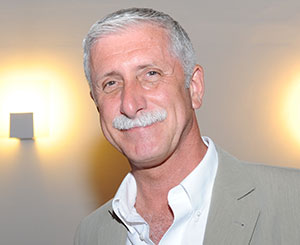 The Provincial Senior Grand Warden is John Karran, who hails from the Southport Group. John was born in Liverpool in 1956 and is an Oil and Gas Consultant. He has been married to his wife Sheila for 36 years and they have three grown up children and two grand-children.

John became a Freemason in 1985 and was initiated into Eureka Lodge No 3763 in the Bootle Group. Three years later, shortly after receiving his third degree on his 30th birthday, career priorities dictated that he and his family left the UK to live in the USA and Norway for several years. On returning, he joined Starkie Lodge No 1070 in the Southport Group in 2006 and became its master in 2013.He has also served as the lodge’s almoner for some years, which he considers a great privilege and honour. He is a member and the DC of Silver Jubilee Lodge of Installed Masters No 9206 and a member of County Palatine Lodge No 2013.

He received Provincial honours in 2015 when he was appointed to the acting rank of Provincial Grand Steward, thoroughly enjoying the year and immensely proud and honoured by the rank. On becoming a Provincial Steward, he then joined Quingenti Lodge No 8516 and became master of Quingenti in 2017.  John was exalted into North Meols Chapter No 5828 in 2000 and was installed as first principal in 2017.

John is very active in many other Masonic Orders and has just received elevation to a very high rank in Rose Croix, which he is looking forward to receiving in London later in the year. 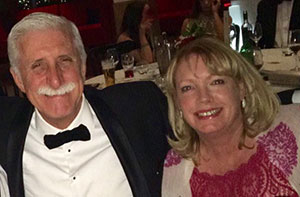 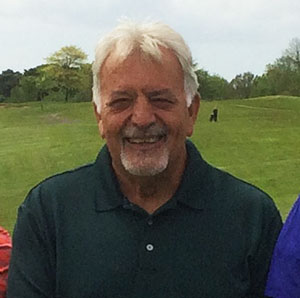 Speaking after learning of his appointment, he said: “I was surprised but extremely delighted for the honour and privilege of being appointed to the rank of Provincial Senior Grand Warden. My whole-hearted gratitude also goes to my wife Sheila, for her continued support and backing.  I would also like to thank John Moore and Freddie Wright for their support and guidance from literally the first day I entered Freemasonry and the many members of the Southport Group for their support and encouragement in recent years. I am looking forward to a busy year ahead working with the Provincial Grand Master and the Provincial team visiting the different lodges and halls and also the fraternity of brethren who I will meet on the way. I hope to be able to continue the high standards set by my eminent predecessors.”

The Provincial Junior Grand Warden is Clive Barry Dickinson (Barry). He is from the Wigan Group and recently retired after a very busy career working with international and government agencies within the field of financial crime prevention. This work took him all around the world but especially to Russia, China, South America and eastern Europe. Barry and his wife Sandra, have four children and eight grand-children.

Barry was initiated into the Bryn Lodge No 6553 in 1994 and served as master ten years later. In Province, he was appointed to the acting rank of Provincial Assistant Grand Director of Ceremonies in 2007 and received a further acting rank as Provincial Deputy Grand Registrar in 2013, being re-appointed in 2014 to the same acting rank for a further year. In lodge, Barry has served as assistant director of ceremonies and is presently the lodge auditor, group representative and Royal Arch contact. He is the Group Publicity Officer for the Wigan and District Group, having been appointed in 2013 and continues in this role to date. In the Royal Arch, Barry is director of ceremonies of Ashton Trinity Chapter No 8821 and Scribe E for Skelmersdale and Waterloo Chapter No 1380 (The Bikers’ Chapter). 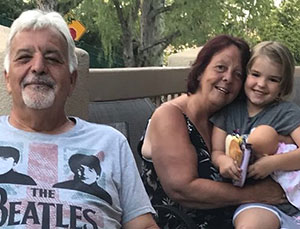 Barry and Sandra with granddaughter Emily.

However, one of Barry’s favourite roles in lodge is as organiser of what has become known as the ‘Bryn juniors’ trip’. For the last 19 years, in a lodge with a very active group of young members, he has organised a fraternal visit to a lodge in a different country or jurisdiction to involve the junior members of the lodge. These trips have proved to be very successful bonding trips for all the junior brethren and have included Ireland, Scotland, Germany, Czech Republic, Spain, Holland (to a lodge working under the Prince Hall Grand Lodge of Massachusetts), Portugal, Majorca, Jersey, Greece, Gibraltar, Bulgaria, Luxembourg, Hungary and Belgium, as well as London in the Tercentenary year. This year’s trip is already organised to Slovakia. Barry has also organised other lodge social events for many years and has arranged extra events and fundraising initiatives raising thousands of pounds and contributing to the lodge’s charitable donations.

He has also put his love of hillwalking and long-distance trails in particular, to good use. In the summer of 2016 he completed the West Highland Way, followed by the Coast to Coast walk in 2017, raising a substantial sum, several thousand pounds in fact, which was donated to Derian House Children’s Hospice.

On learning of his appointment, Barry said: “I’m honoured and delighted with my appointment and really looking forward to the year ahead, to continuing my Masonic journey with new experiences and to meeting many new friends.”