The members of Red Triangle Chapter No 3874, held their annual installation ceremony at the Woolton Golf Club. The three principals entered the chapter and opened proceedings in step with normal custom. The principals then extended a warm and friendly welcome to the companions and guests. 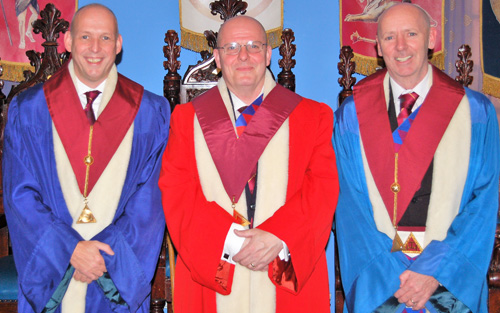 The three principles arose and extended a very warm welcome to Colin. The ceremony of installation commenced under the direction of the chapter DC Doug Lace. The visitors witnessed an excellent ceremony with Harry White installing Alan Rutledge as his successor, Mike Fox was elevated to second principal, Ian McGovern was installed as the third principal, after which they invested their officers for the coming year.

The scripture readings for the principals were given by third principal Joe Muscroft, second principal Dave Douglas and first principal Alan Sale.  The robe addresses were performed to a high standard by Harry White (scarlet robe), Alan Rutledge (purple robe) and Mike Fox (blue robe). David Dixon gave the address to the officers and Colin Rowling to the companions.

On conclusion of the ceremony, Colin expressed the best wishes of the Grand Superintendent to the three principals and congratulated all the companions that took part in the installation. Colin was then presented with a cheque for £100 on behalf of the chapter to the West Lancashire Freemasons’ Charity.  Colin then had the pleasant task of acknowledging the donation the chapter had made to the MCF 2021 Festival by presenting the chapter with a vice patron certificate.

The business of the chapter completed, the chapter was closed and all retired to the festive board. 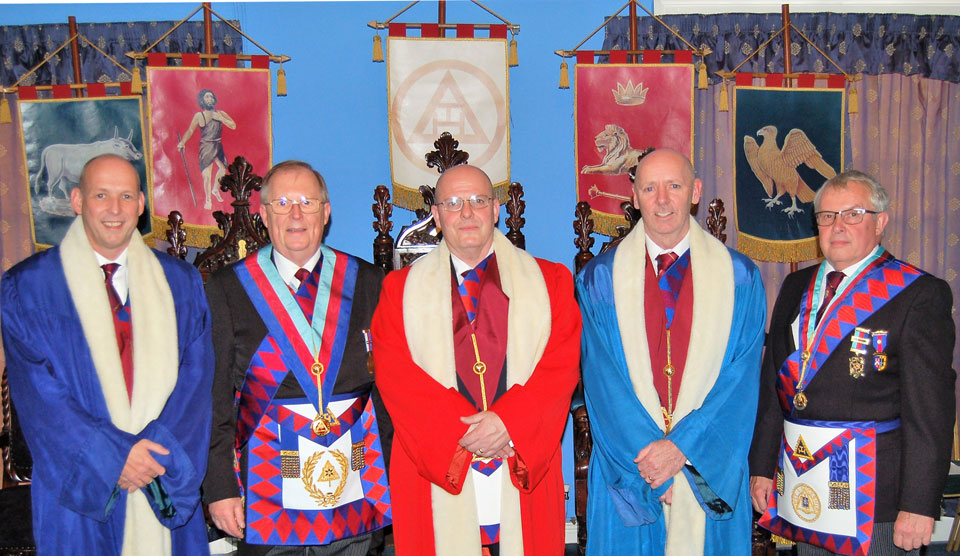