After most of the other groups within the Province having held their golf competitions, the Woolton Group held this year’s competition at Woolton Golf Club. After a showery morning, the skies cleared as tee-off approached so as not to spoil play. The competition was an individual Stableford, full handicap, with prizes being awarded to the group winner and runner up, together with the guest winner and runner up. 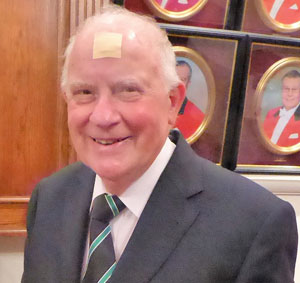 John Matthews responds to the toast to Woolton Golf Club.

The Cyril Smith Trophy was to be presented to the best Woolton Group lodge or chapter team of three players and prizes were also awarded to the best ‘guest team’. The Geoffrey Hirst Trophy was to be awarded to the best group front nine and the Noel Hawkes Trophy for the best group back nine. Other awards were made for the longest drive, nearest pin and twos. This year the Woolton Golf Club were entering a team of three, with teams from the Warrington Group, Garston Group and Tithebarn, so it looked as if there would be some good competition. Score cards were prepared by Matt Wilson.

The tee had been reserved from 1:30 pm, thereafter the teams set off at their designated intervals, with the final team returning at 6 pm. All the score cards were scrutinised by Albert Kirby and the results passed to Mike Cunliffe

After a full afternoon, the players were joined by non-golfers for a hearty meal of vegetable soup, half a roast chicken and a variety of potatoes and vegetables, followed by cheesecake and ice cream.

Graham Sinden, who had also played during the afternoon, proposed the toast to Woolton Golf Club and thanked everyone for attending, saying it was a great pleasure to have John Matthews, the past captain present. Graham wished to thank all the staff at the golf club for their support and especially the grounds people as the greens were in very fine condition and running fast. 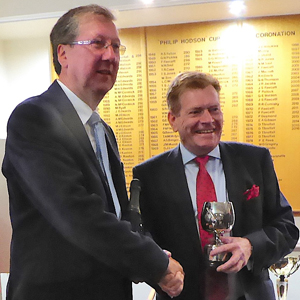 On behalf of the Woolton Golf Club, John Matthews replied to the toast, saying that he was enormously proud to be present and wanted to take us back to a few years ago when he was captain and Geoffrey Hirst approached him with an idea that the Masons be permitted to use the upper floor of the club for Masonic purposes. John said that it was a practical business proposition and immediately set about getting agreement from the house committee and members and thus was born the start of a happy relationship. That was in 2005 and the Woolton Masons moved into their new premises in 2006, to enjoy the hospitality of the golf club and its members.

Speeches finished, Kevin Poynton as president of the society, was asked to present the prizes. Nearest to the pin was won by John McGibbon and longest drive won by Nick Honess. Guest winner was George Lofthouse and the Garston Group, comprising Gareth Williams, Mark Mellor and Gary Mason, won the Masonic Group Team Winners Trophy, which was presented by Vic Albin. The Geoffrey Hirst Trophy was won by Ray Cardy and Nick Honess won the Noel Hawkes Trophy, which was presented by David Hawkes in memory of his son. The President’s Trophy was won by Graham Sinden.

At the conclusion of the prize giving, Mike Cunliffe held the raffle which raised £240 to be given to the MCF 2021 Festival.

A thoroughly enjoyable day was had by all. 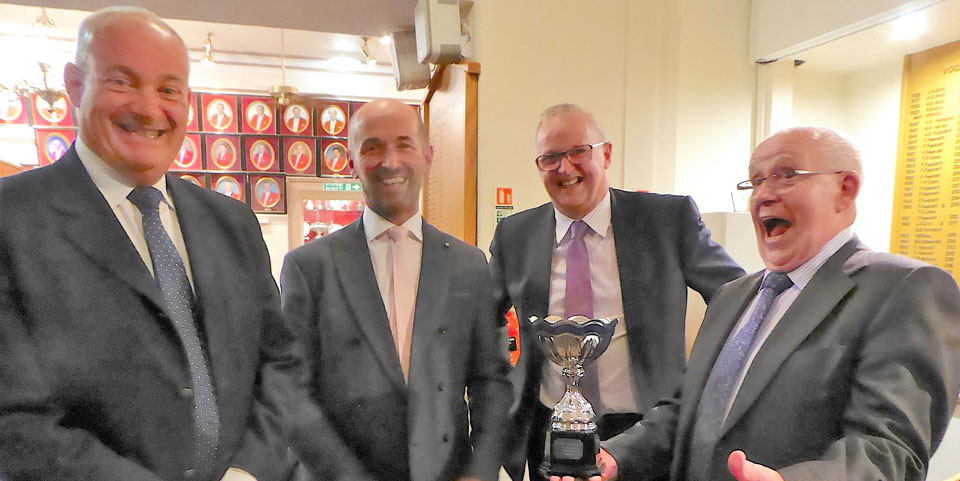