The installation ceremony at Olympic Lodge No 4461 was a low-key affair, with the WM Stephen Cornwell being proclaimed master for another year, it was however a fine ceremony nonetheless. 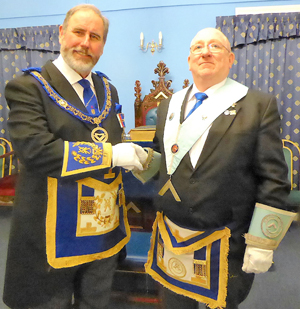 Frank was warmly welcomed by Stephen and on being offered the gavel replied that he was looking forward to enjoying the evening and in the most comfortable chair in the Province, that being the one just behind him, so he offered the gavel back. The WM then appointed his officers to assist him with the ceremony.

After the ceremony of installation had been completed, Frank rose to convey congratulations and best wishes from Tony Harrison, saying that he thanked Stephen for taking the chair for another year and had Tony been present he would undoubtedly have thanked Rob James for a fine ceremony, especially considering that he had had only 48 hours notice. Finally, Frank said that Tony Harrison sent his best wishes to all the brethren and hoped that they would continue to enjoy their Freemasonry.

Stephen presented a cheque for £200 for WLMC which Frank received with great pleasure, thanking the brethren on behalf of the recipients. Following a collection for alms, the WM rose for the first time for Grand Lodge communications, after which Rob James formed the procession to retire. The usual closing business of the lodge was conducted and the lodge was closed in due form so that the brethren could retire to the dining room. 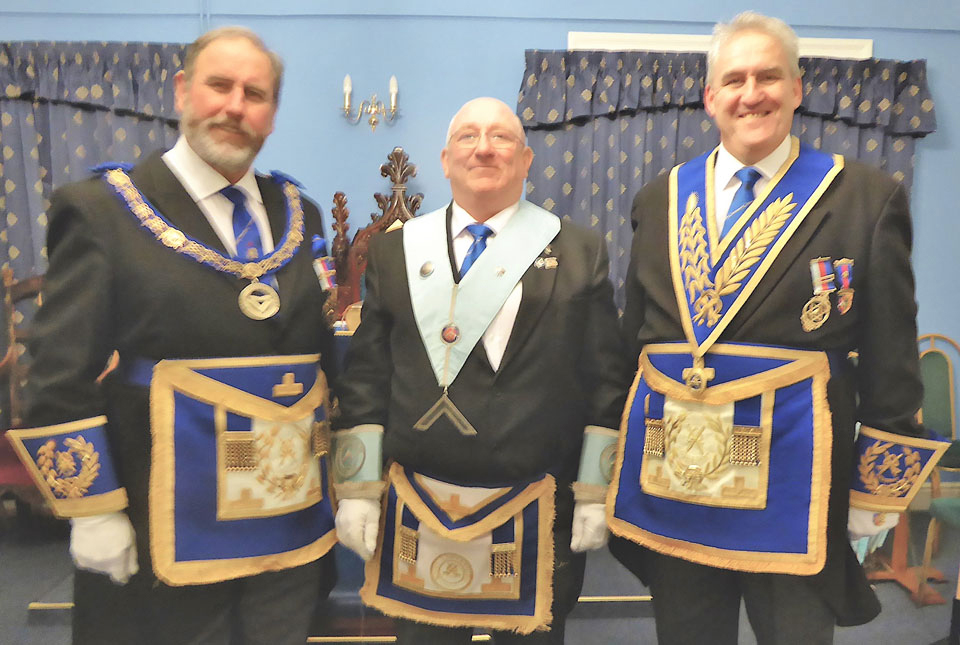 Pictured from left to right, are: Frank Umbers, Steve Cornwell and Andrew Whittle.