The 5th Blackpool Scout Group was desperately in need of new transport as their minibus was at the end of its life. Scout leader George Binns made a grant application to the West Lancashire Freemason’s Charity (WLFC) to see if they could provide some of the cost to buy a replacement minibus.

After reviewing the application,  the WLFC decided to presented the scout group with a £25,000 replacement 17 seater minibus to enable them to maintain their ethos that scouting is for all and not just the select few who can afford it. 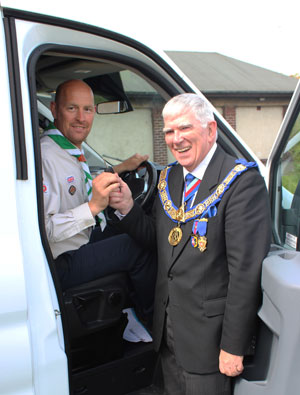 Tony Harrison hands the keys of the minibus to George Binns.

The grant is one of three headline grants made this year by the WLFC. The other donations were £35,000 to St Vincent’s School for the Blind and £10,000 to Zoe’s Place Baby Hospice.

The minibus will be used by all the Scout Groups in Blackpool including the Adventure Scouts. The first trip will be to the District Camp at Bibbys Farm in Chorley.

The 5th Scout Executive Chairman Neil Farley said: “The group where incredibly grateful for the amazing support and generosity the West Lancashire Freemason’s Charity have shown in providing the Minibus. The group has a catchment area where social deprivation is high and opportunities for young people to grow and develop are limited, and the ability to transport young people safely to help them experience new activities in the outdoors, is key to raising their aspirations and preparing them to grow into responsible adults.”

Tony said: “Tony said he was delighted that the Freemasons of West Lancashire were once again able to support the group as they have in the past when funds were provided to enable the group to refurbish their headquarters.” 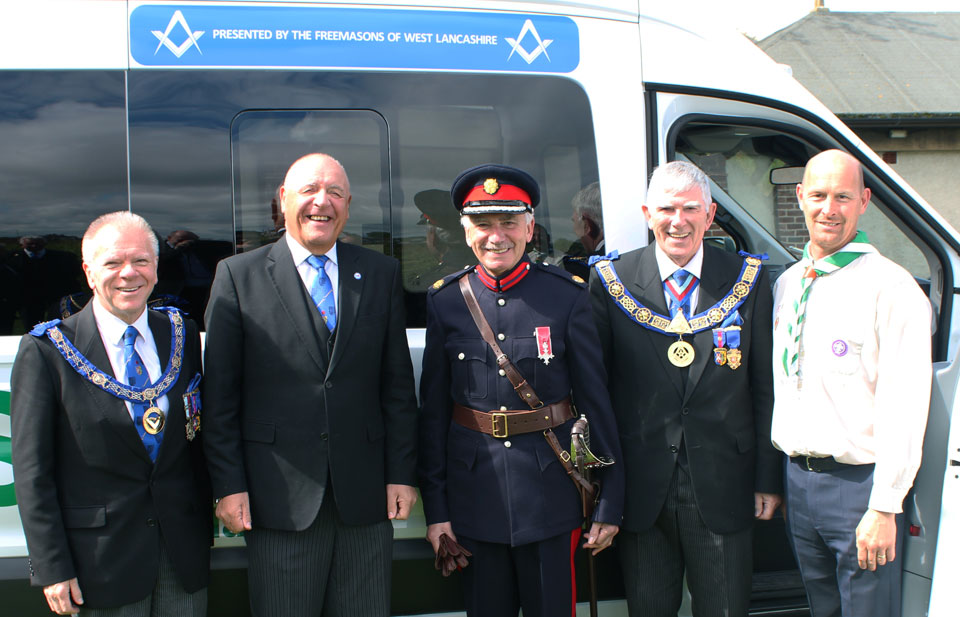 The scout group membership is made up of both boys and girls, whose ages range from six through to 18 years. During their membership they build: life skills, camaraderie and lifelong friendships in their time as scouts.

Tony also commented that Freemasonry and the Scout movement have an awful lot in common, that of making good people better and where scouting ends Freemasonry begins. 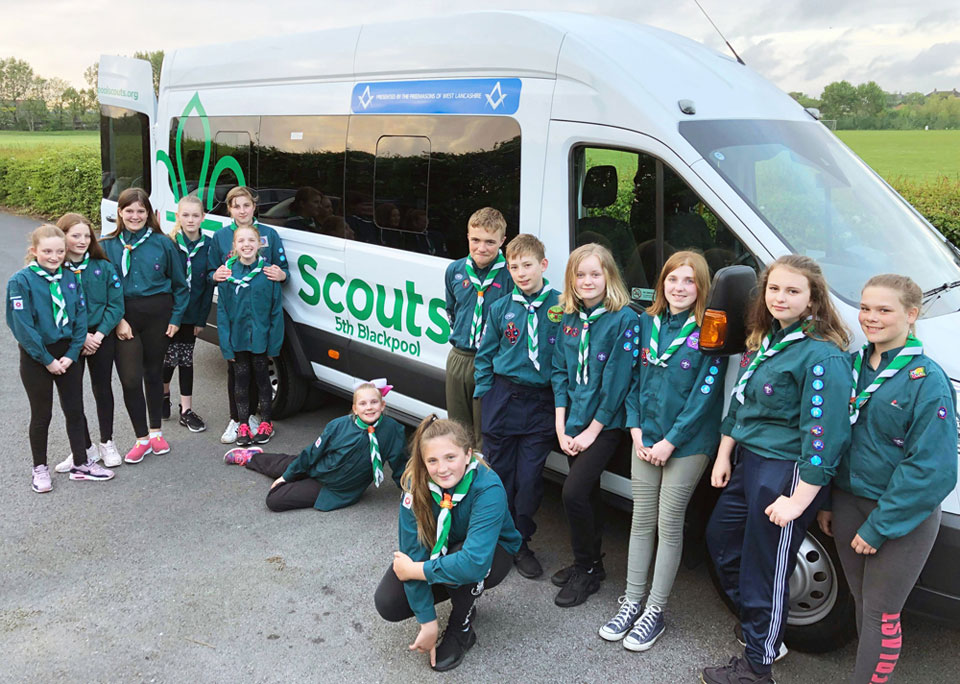 The girls and boys of the 5th Blackpool Scout Group were delighted with the replacement minibus.