Woolton Freemasons have met at Woolton Golf Club since they moved there in 2006. Brethren and guests of Yachtsman’s Lodge No 3698, which incorporates Otterspool Lodge No 6605, met for their annual installation meeting. 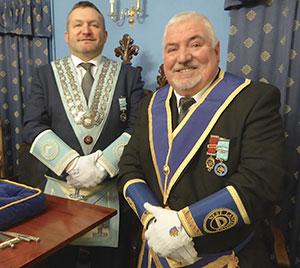 Master of the lodge Andrew Elton Jones who is a qualified nurse and has been in the healthcare industry for over 25 years, the last 16 of which have seen him become a senior leader/nurse manager, opened the lodge with his father standing beside him as acting IPM and chaplain. Andrew is a married man with three children and he enjoys playing golf and cricket and is captain of Alder Cricket club; he actively mentors and coaches the youngsters.

The lodge having been opened to the first degree, the minutes of the previous regular meeting were confirmed and signed after which the director of ceremonies Phil Gambrill retired and, on his return, informed the brethren that John Murphy the representative of the Provincial Grand Master Tony Harrison stood outside and requested admission.

John, accompanied by Woolton Group Chairman Andrew Whittle, entered the lodge where John was warmly welcomed by the WM. This was followed by requesting entered apprentice Freemasons to retire so the lodge could be opened to the second, then the third, degree. Salutations were offered to Andy Whittle and John Murphy and then Tom Lunt accepted the salutations on behalf of the Provincial grand officers present. 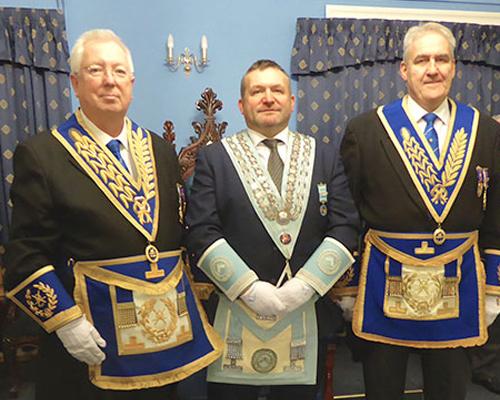 Pictured from left to right, are; John Murphy, Andrew Jones and Andrew Whittle.

Lodge secretary Jim Campbell asked the brethren of the lodge to line up in the north and then proclaimed Andrew Elton Jones as WM for the ensuing year. The working tools of the third degree were explained by Jim Campbell. The lodge was closed to the second degree and newly raised at the October meeting Jonathan Pagan provided the long explanation of the second degree working tools in an exemplary manner. 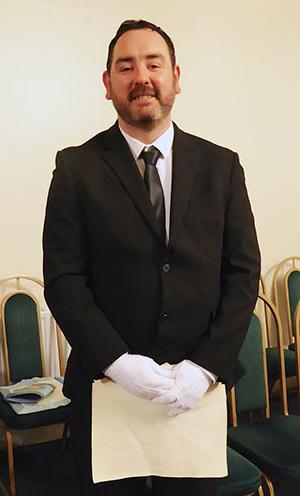 Some may have seen Andrew on YouTube after his wedding flight was cancelled when the travel agent went bankrupt. This was shown by the television channels and, as a result, Caesar’s Palace in Las Vegas phoned Andrew and offered to fly him and his party with the assistance of Delta Airlines to Caesar’s Palace and put them up for a week. The nuptials duly took place and shortly after Andrew and Sharon were declared married, Sir Rod Steward came from behind the scenes and sang to the assembled wedding party; you may notice the WM of the lodge sitting on the front row! After singing ‘Have I told you lately that I love you’, Rod presented the party with tickets to see his show in Las Vegas. So, as Shakespeare once said: “All’s well that ends well!”

The WM then appointed and invested the officers for the ensuing year. John Murphy gave the address to the brethren of the lodge, after which the WM was informed that the proclamation ceremony was concluded. This prompted John Murphy to rise and bring from Tony Harrison his heartiest congratulations and John also congratulated the two younger brethren who had presented the working tools and all the other officers who had taken part in the ceremony.

Just as he was about to sit the WM rose to present John with a cheque but on this occasion, it was an IOU as the treasurer had been called away urgently on family business. However, the IOU was for £500 for the Masonic Charitable Foundation 2021 Festival. John thanked the lodge for its magnificent gesture and, on behalf of those that we would not know and whose lives would be made a little better, thanked the lodge.

After a collection for charity was taken, the secretary read out correspondence from Grand Lodge and the director of ceremonies formed the procession to retire. After the grand officers had withdrawn the lodge was closed in due form and the brethren retired to the dining room to partake of a fine festive board. 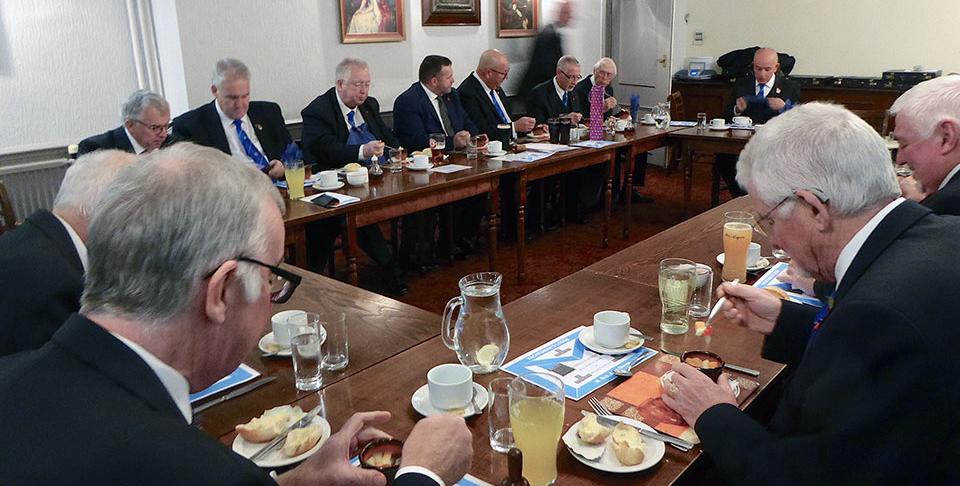 Diners at the festive board.