Christopher Rutter was exalted into Grassendale Chapter No 4808 in a dignified and sincere exaltation ceremony. The chapter was opened in the usual manner by the three principals; first principal John Leisk, second principal Stephen Cornwell and third principal Mike Cunliffe. 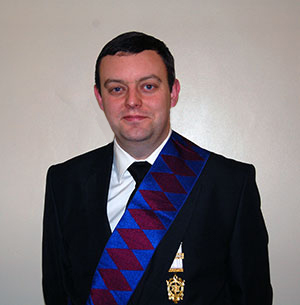 Once the initial business of the chapter had been conducted a ballot took place for joining member Doug Lace of Red Triangle Chapter No 3874 and for the candidate Christopher Rutter. The ballot proved in favour of both Doug and Christopher and Doug was immediately asked to enter the chapter and was informed the result of the ballot by first principal John.

On completion of the ceremony Christopher was then taken to a position in the west where John Leisk explained the signs.

The ceremony of exaltation being completed, the three principals congratulated Christopher and formally welcomed him into the chapter, hoping he would have many happy years of companionship in the chapter and John thanked everyone that took part in the ceremony, giving special mention to John Jackson for his part in the ceremony. The companions had clearly worked hard to make it a significant experience for the candidate.

After the remaining business of the evening was completed, the chapter was closed and the companions retired to the festive board for a very enjoyable meal and good company. At the festive board Woolton Group Vice Chairman and Christopher’s proposer Mike Cunliffe congratulated Christopher and welcomed him into the chapter and presented him with an information booklet of the Royal Arch. 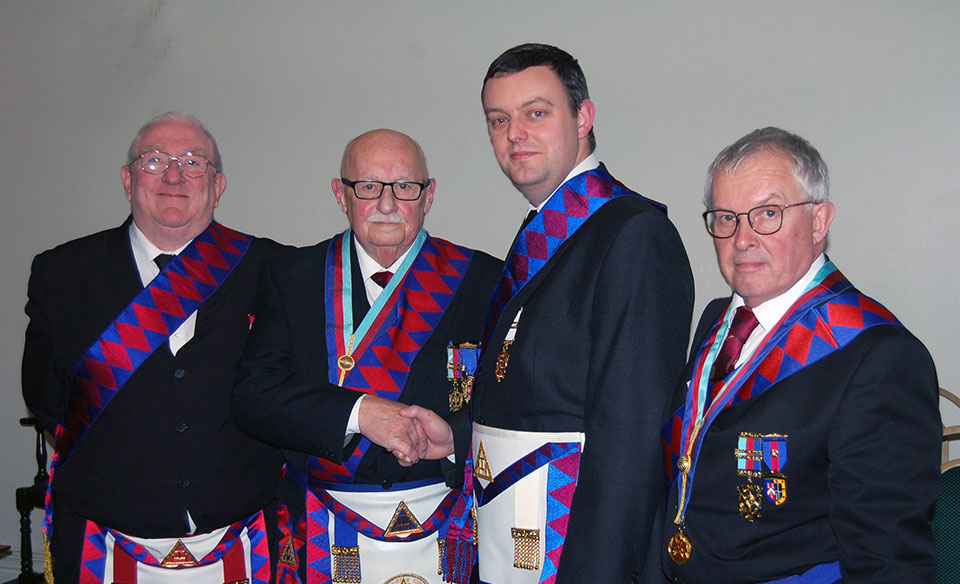