Members and guests of City Lodge No 2514 assembled in the Geoffrey Hurst Masonic Suite at Woolton Golf Club to witness the proclamation of Phillip Summers as the continuing master. 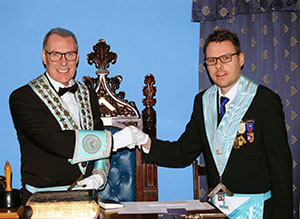 As the existing master of the lodge, he opened the lodge in the usual manner to carry out its administrative business, part of which drew upon the members to elect Peter Knightley as a joining member and Brian Smith as an honorary member. On completion of the business the lodge was raised to the second degree.

Director of ceremonies Stephen Riley requested permission to retire with the lodge deacons, twins Peter and Geoffrey Johnston. During the trio’s absence the lodge was raised to the third degree before Stephen returned to announce the presence of the principal guest for the evening, Assistant Provincial Grand Master Kevin Poynton, whom the lodge was delighted to receive.

Kevin entered in due form accompanied by Woolton Group Vice Chairman Mike Cunliffe to be warmly welcomed by Phillip. On being offered the gavel, Kevin accepted it and after a few words, quickly returned it to Phillip. Normal salutations were afforded to Kevin, whilst Fred Hulse took the salutations on behalf of Provincial officers. 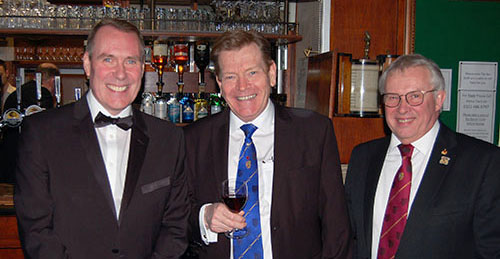 Pictured from left to right, are: Phillip Summers, Kevin Poynton and Mike Cunliffe.

The members of the lodge lined up in the north side of the lodge where Andrew Prowse proclaimed Phillip Summers as master for the ensuing year. 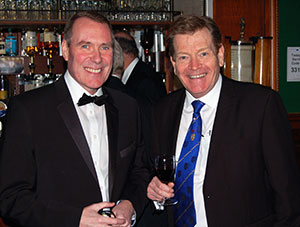 At the announcement that the installation was concluded, Kevin stood to offer Phillip the congratulations of the Provincial Grand Master Tony Harrison who he said, hopes Phillip enjoys another year in office and that the brethren continue to enjoy their Freemasonry. He went on to offer congratulations, not just to Phillip but to all those who had taken part in the ceremony and offered Andrew Prowse a special word of congratulation for a job well done.

Two cheques, one for the sum of £250 in support of the Masonic Charitable Foundation 2021 Festival and another for £50 to Tithebarn were presented by Phillip to Kevin. On behalf of those who would benefit, Kevin offered his thanks to the brethren.

After the first rising Stephen Riley formed the procession to retire, in which Kevin was accompanied by Woolton Group Vice Chairman Mike Cunliffe. The remaining business of the lodge was completed and the lodge was closed; following which the brethren retired to the festive board.

During the festivities and in response to the toast to the grand officers, Kevin Poynton offered his own congratulations to Phillip and all those involved in the ceremony which had been carried out to the highest standards. During the evening the charities were honoured and raised £181. Sadly, the evening drew to a close with Tom Lunt giving the final toast of the evening, the tyler’s toast.

At the festive board.